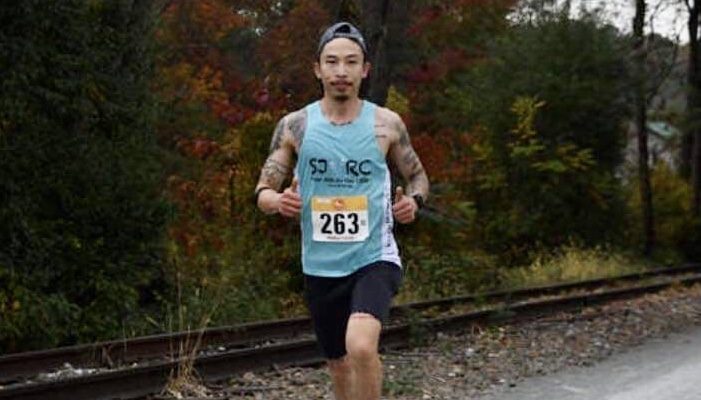 On Sunday (October 11, 2020), two Maximum Aerobic Function (MAF) runners have made spectacular achievements in official races, a 50-year-old from England and a 36-year-old from the United States, who have been training MAF for 7 years and for a year and a half, respectively. Jonathan Walton from England won the 30-mile Old Colliery Canter trail running championship with a finish time of 3:23:13, and Hung Tran, a resident of Silver Springs, Maryland, finished second at York Marathon held in York, Pennsylvania with a time of 2:40:16. It’s also interesting to know that Hung has been idolizing Jonathan for quite some time. 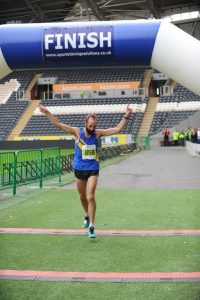 The results of 2020 Old Colliery Ultra Trail is shown below. Full results can be found from this link: https://bookings.itsgrimupnorthrunning.co.uk/uploads/results/2020/Draft%20results%20Old%20Colliery%20Canter%202020.pdf 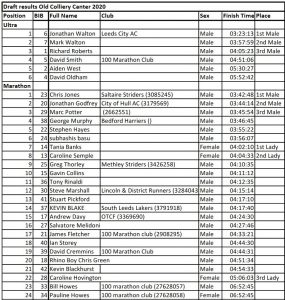 Old Colliery Canter ultra trail race is a looped course including six laps, 5 miles (8km) each, and there’s a pretty steep slope (11%) in the middle. According to the athletes participating in the race, the course has many muddy sections that are difficult to run on, yet the winner managed to conquer 48 km at 4:12/km pace, which was incredible feat!

I followed Mr. Walton long after his interview with Floris Gierman, also a famous MAF runner. In that interview, Walton confessed that in the past he repeatedly ran fast but failed to improve his time. It should be mentioned here that Walton was a successful marathoner and was able to run a marathon under 3 hours. In 2015 Walton turned to MAF because his performance seemed to stall at the age of 45. At first, he was frustrated with MAF approach because he was so used to running fast in training all the time (4:02-4:21 was his easy pace). Now following the MAF formula he must run at 5:54/km to keep his heart rate below 135 bpm. He thought he was going nowhere with this method but decided to stick with it, and after only 12 weeks Walton saw a pace designed for his MAF heart rate had significantly improved, and a short time after training with the MAF method he was able to run a 2:30 for the full marathon, and he continued to work hard to break this mark. I have been following Jonathan Walton’s runs on Strava for a long time, indeed he does a lot of long runs at heart rate below 120 bpm with 4:40/km pace, other than that he run 5:00/km pace with heart rate below 110 bpm. These numbers are extremely impressive! For his recent achievements, Jonathan Walton got a PR of 2:28:36, set at the ASICS Greater Manchester Marathon on April 7, 2019, when he placed first in the M50 age group and fourth for M50 age group in the UK’s at All Time. His other record was the win the Pontefract half marathon on September 29, 2019 with the time of 1:12:51, which is also Britain’s fastest time of all time for M50 age group. However, Walton did not want to stop there, he had more goals that need to be achieved. Let’s hope covid-19 will soon be over so Walton can come back to show his talent. 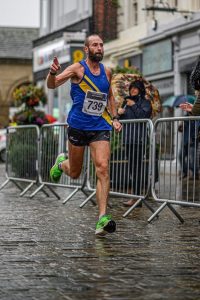 Back to the recent trail race, analyzing Walton’s tracklog on Strava we can see that he was running consistently at pace 4:12. His average heart rate that day was 156 bpm, for many it is still quite low. His cadence was 163 bpm, which was not high or low because Walton is tall and has long steps. 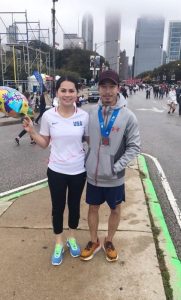 Hung Tran and his wife at 2018 Chicago Marathon

Meanwhile in the US, the covid-19 pandemic is still a threat, most marathon races have been delayed or canceled, Tran Nang Hung, a former soldier of the US Navy, has found a race near home. This race is small, but the course is certified by the Boston Athletic Association. It was the York Marathon held in the city of the same name, just an hour and a half drive from Silver Springs, where he lived.

To comply with the regulations of covid-19, the race is organized in waves. Hung decided to run in wave 2, which began 15 minutes after the gun start, and he slowly passed all the runners in wave 1, except for a 25-year-old runner named Collin Wainwright, who finished first, 3 minutes ahead of Hung. After the race, when he learned about this, Hung seemed a bit regretful, he wished he had run in wave 1 and followed Collin instead of running most of the course alone (the person who finished 3rd crossed the finish line 15 minutes after Hung). The snapshot below shows the top 6 finishers at the 2020 York Marathon. Full results can be found at this link: https://runsignup.com/Race/Results/31128#resultSetId-218886;perpage:100 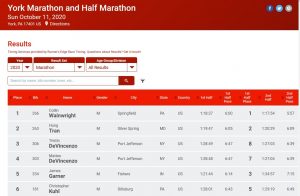 Based on what Hung shared on his personal Facebook page as well as on Strava, although the time of 2:40:16 is a new PR, it is still below his expectation by a few minutes. Hung confessed that after 32 km he had to use mental strength rather than physical strength to continue, especially at the last 3km he felt like he hit the wall as his pace dropped significantly. Looking closely at every split in Hung’s tracklog, after 20 miles (32km) he seemed to slow down and the last mile was his slowest pace of 6:22/mile (3:57/km). This is probably the period that Hung claimed to hit the wall, if so many good runners would love to hit the wall like that!

His average heart rate was 167 bpm and cadence was 190 spm, all are good numbers and Hung kept these numbers steady from start to finish, even when he slowed down. 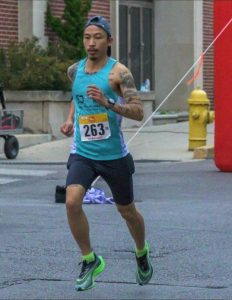 Hung said that he failed to run the target time because he did not train hard enough. During training he was very consistent, running 100 miles per week and most of it was done at a heart rate very low compared to his MAF heart rate; If he trains with his MAF HR of 144 bpm, his pace would have been 6:40/mile (4:08/km) but in reality he often runs at 8:00-8:30/mile pace (5:00-5:17/km) with a heart rate of 128-134 bpm. This is probably one of the reasons Hung thought he failed to reach his goal at the race, training pace was slow compared to MAF pace. In return Hung also had speed workouts a few weeks leading to the race, as seen with Floris Gierman, Jonathan Walton and other serious MAF runners. When they run with MAF heart rate and  the pace is not improving anymore (plateau), they start mixing it up with marathon pace, interval, tempo or strides because by this time their aerobic base has been optimized and the body is ready for harder workouts. A few weeks before the race Hung had some incredible speed runs. For example, one day he ran 8x400m and the 400m was done at 4:45/mile (2:57/km) pace. Hung joked that he tried to run Eluid Kipchoge’s pace for fun; he said it felt very good but it was tough and he didn’t understand how the elites could run this pace for 26 miles. However, after doing that speed workout, hislegs were fine and that gave him confidence that his base was optimized.

In addition to MAF heart rate training and 100 miles a week, Hung also focuses on nutrition, sleep, recovery, and stress reduction. He suggests that, in general, runners should pay attention to all problems related to the heart and keep themselves mentally sane.

The two examples above show us the superiority of the maximum aerobic function training developed by Dr. Phil Maffetone. Granted, other training methods in which speed workouts are the main focus also bring success to elite runners, as evidenced by the fact that the professional runners still run at  interval and tempo pace day after day. However, for recreational runners, especially slow runners, running slow to become faster and especially to avoid injury, MAF is a proper training program. If the concept of “No Pain No Gain” is found to be true, then Jonathan Walton and Tran Nang Hung, who train year round and do not know what pain is, could not be able to achieve the championship and runners-up in races.